Nothing easier than finding us in the Heraklion Airport Car Rental Terminal. Go to Details 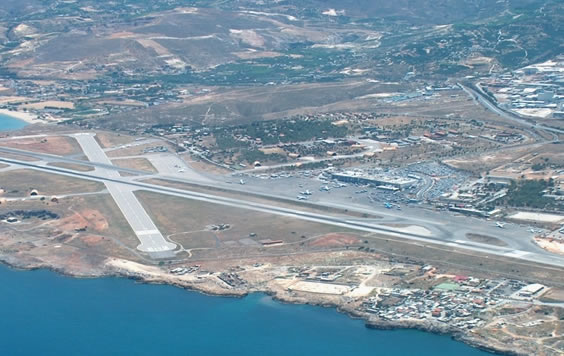 Heraklion Airport is Crete's Island main gateway to the world. Officially known as the Heraklion Nikos Kazantzakis International Airport , it is located about 5 km (3 miles) east of the main city of Heraklion, near the municipality of Nea Alikarnassos.The airport is the second-busiest airport in Greece after Athens International Airport. It has been operating since 1937 and serves 5 million passengers a year flying to either domestic or international destinations.

The IATA code used to refer to the Heraklion Airport is HER. All passenger flights are located in one terminal. Heraklion is a military airport and photography is generally not allowed. 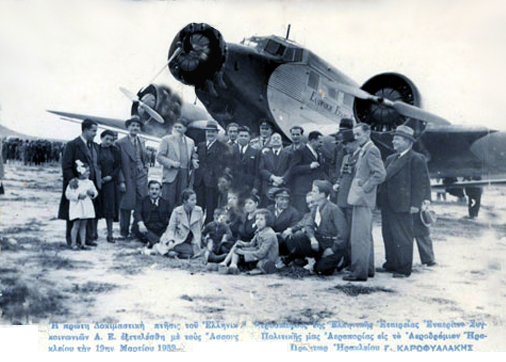 The airport first opened in March 1939. This was then merely a piece of flat agricultural land. The first aeroplane (a Junkers Ju-52) carried the first passengers to the site. During the Second World War operations ceased, but in fall 1946 traffic re-assumed, introducing the DC-3 aircraft.
At first the airport only offered very basic service, with only primitive installations on the site, in the form of three tents, smoke for wind determination and storm lamps for runway lighting.
In 1947, the first (small) terminal was erected. Hellenic Airlines started commercial flights in 1948. At that time, a total of 4,000 people were served. The year 1953 saw the construction of a paved runway which was initially 1,850 meters long and oriented as 09/27. The next major event followed in 1954, when a four-engined DC-4 aircraft landed for the first time at the airport. In that year the airport handled approximately 18.000 passengers. From 1957 onward, the new Olympic Airways used the airport, starting services with the DC-6 aircraft.

From 1968 until 1971 the runway was extended to 2,680 meters and a new terminal and other facilities were constructed, essentially making it a new airport. On March 18, 1971, the first charter flight from abroad (British Airways) operated at the airport. The new airport itself was officially inaugurated on May 5, 1972.

During the summer months the airport can become very congested. During this period it is not uncommon that passengers have to wait in queue for check-in outside the terminal.[citation needed] Therefore, a new airport at Kastelli Pediados has been planned. The project is originally expected to be completed by 2015. The cost of this airport will be approximately 1 billion euros. When the new airport is up and running, the existing airport at Heraklion will cease operations.

It is often requested by airlines that passengers do not take any photographs or video of the runway. This is because of a Hellenic Air Force base which operates at the airport.

Our Desk is located just oposite the Heraklion Airport arrivals in the entrance of the Nikos Kazantzakis Airport Parking. Detailed directions map from arrivals to our office.

Our staff will be very happy to assist you on a 24/7 bases.

Heraklion Airport is just off the junction of the main Highway of Crete Island conecting all the major cities on Crete (Chania, Rethymno, Agios Nikolaos) and very easy access to main tourists destinations such us Chersonissos, Malia, Stalis, Elounda, Ammoudara, Kokkini Hani, Gouves, Analipsis and much more.