"Out in the dark blue sea there lies a land called Crete, a rich and lovely land, washed by the waves on every side..." --- The Odyssey

From fertile coastal plains to rugged barren mountains, from mellow stone houses to stark concrete modernity, from bustling capital to sleepy hill villages, Crete, the largest of the Greek Islands, is an island of contrasts. Home to around 650,000 people and several million olive trees, the island remains ever popular with visitors from northern Europe, other parts of Greece, and indeed, visitors from all over the World. It consists of four prefectures: Chania, Rethymnon, Heraklion and Lasithi.

Crete is a different world compared to other parts of Greece. Crete is a place with its own tradition, its own character and its own dialect. Local people are very proud of their Cretan origin. Throughout the island the remnants of occupation by invaders from the Romans, through to the Turks, can still be seen, with aqueducts and architecture still plainly visible. But throughout these invasions the Cretan people have remained relatively unscathed and retain their justifiable pride in their island and their culture. With English spoken widely throughout the island to ask a Cretan a question is to invite them to sit with you, and with time measured differently here you are likely to be sitting for while taking in long conversations that will naturally require food and drink.

Nowadays, Crete has a flourishing economy which is based partly on tourism. It has giant hotel resorts where you can enjoy splendid facilities. In the south of the island, you will find hundreds of exotic beaches, some crowded and some isolated which can satisfy any taste. Crete is famous for its fruit and vegetable production. So by visiting Crete, you have the chance to taste the world-known Cretan diet based on vegetables and pure olive oil. 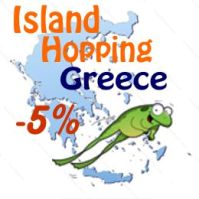